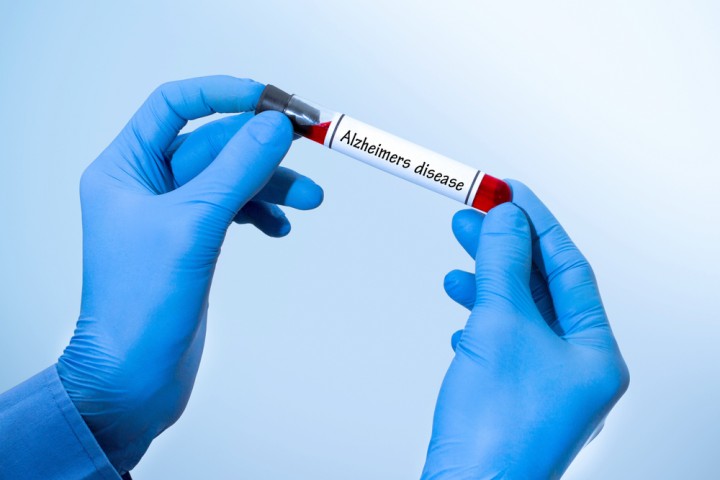 According to a new research, an HIV enzyme has an important role in driving Alzheimer’s-related brain pathology by way of modifying the APP gene. For the authors of this study, these results ask for an "immediate clinical evaluation of HIV antiretroviral therapies in people with Alzheimer's disease."

Considered as "the most under-recognized public health crisis of the 21st century," Alzheimer’s disease takes the 6th spot on leading causes of death in the U.S., with no cure as of now.

Over 5.7 million people in the U.S. are afflicted by this disease, and according to a prediction by the Centers for Disease Control, this number will increase twofold by 2060.

In addition to that, Alzheimer’s disease is a big strain on the U.S. healthcare system. Recent estimates show that Alzheimer’s and other types of dementia have cost the U.S. $226 billion during 2015, and that’s without taking into account the money people use by staying at home, caring for people with this disease. Another thing worthy of note is that close to 40% of these people eventually become depressed.

The medical community is taking real efforts to try and understand how this disease develops and which options we have in our battle against it. According to the researchers of this study, the APP gene might be able to help with that.

According to new research that was published in the journal Nature, some rather significant revelations have come to light, in regards to the APP gene. Researchers at the Stanford Burnham Prebys Medical Discovery Institute in La Jolla, CA, revealed that the same type of enzyme that opens the doors for HIV to infect healthy cells changes the APP gene in a manner that creates over 1,000 different genetic variants in the neurons of Alzheimer’s patients.

As reported by Dr. Jerold Chun, Ph.D., who is the senior author of the new paper, these revelations show not only how APP is responsible for the toxic buildup of beta-amyloid proteins (a distinctive feature of Alzheimer’s disease), but also that it "fundamentally change how we understand the brain and Alzheimer's disease."
More importantly, these new revelations reveal that antiretroviral therapies that are used to treat HIV might also be used to treat Alzheimer’s as well.

What can go wrong with gene recombination

Dr. Chun and his team of researchers used state-of-the-art techniques for analysis which were focused on single and multiple cell samples in order to study the APP gene both in Alzheimer’s and healthy brain samples.
What they discovered was that the APP gene gives birth to new genetic variations in the neurons via a process of genetic recombination. More accurately, the process itself requires reverse transcriptase, an enzyme that can be found in HIV.
Reverse transcription and "reinsertion of the genetic variants back into the original genome" gave birth do permanent DNA changes that seem to have been done in a “mosaic” way.

According to Dr. Chun, a professor and senior vice president of Neuroscience Drug Discovery at SBP, “gene recombination was discovered as both a normal process for the brain and one that goes wrong in Alzheimer's disease."

The researchers also found out that all of the brain samples that had this neurodegenerative condition suffered from a disproportionately high number of different APP variations, when compared to unaffected brains.

The senior author of the study said that “if we imagine DNA as a language that each cell uses to 'speak,' we found that in neurons, just a single word may produce many thousands of new, previously unrecognized words."

Dr. Chun added that “this is a bit like a secret code embedded within our normal language that is decoded by gene recombination, the secret code is being used in healthy brains but also appears to be disrupted in Alzheimer's disease. "

Dr. Chun and his fellow colleagues’ advice is that antiretroviral therapy that has the property of reverse transcription might prove to be a successful treatment alternative for Alzheimer’s patients. He further adds that “such studies may also be valuable for high-risk populations, such as people with rare genetic forms of Alzheimer's disease."

These scientists also make sure to note that seniors that are suffering from HIV, and are on antiretroviral medication have a very low rate of developing Alzheimer’s disease, something that further proves their research results.

Another point of fact that the researchers want to send across is that their results could also help explaining something that has puzzled researchers for a long time. The medical and scientific community accepts the claim that the buildup of beta-amyloid protein is the cause of Alzheimer’s neurodegradation.

It is worth pointing out that when researchers tried to test treatments that were specifically designed to attack the beta-amyloid buildup, the treatments failed.

However, according to Dr. Chun and his team, these new results reveal why this happens. "The thousands of APP gene variations in Alzheimer's disease provide a possible explanation for the failures of more than 400 clinical trials targeting single forms of beta-amyloid or involved enzymes," says Dr. Chun. He adds, "APP gene recombination in Alzheimer's disease may be producing many other genotoxic changes as well as disease-related proteins that were therapeutically missed in prior clinical trials."

While these new results are truly incredible, Dr. Chun cautions that there’s a lot more to be discovered. He says: "Today's discovery is a step forward — but there is so much that we still don't know."

"We hope to evaluate gene recombination in more brains, in different parts of the brain and involving other recombined genes - in Alzheimer's disease as well as other neurodegenerative and neurological diseases — and use this knowledge to design effective therapies targeting gene recombination," he adds.