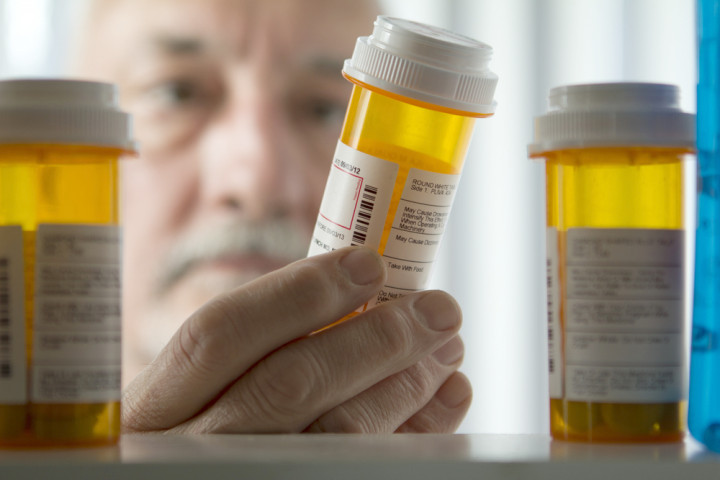 Home / News / Health illiteracy can be dangerous for seniors

Over 50% of seniors in the U.S. don’t have the health literacy to find and comprehend medical information. Researchers advise health providers to simplify their reports.

Whenever her parents would get some new prescription medication at Walgreens in Houston, they must follow their daughter’s instructions and use their iPad to hold up the pill bottles for her to read and examine in their stead. This is really important, since her mother, aged 79, and her father, aged 77, take different medications, but have a difficult time understanding when and how to take them.

For example, the label on the pill bottle might have instructions to take a pill three times a day, however, “my dad might take one a day,” said Ms. Pham-Madden. “Or take three at a time,” she added.

In addition to reading and explain the instructions to her parents, she also needs to remind her mother to take her dose of vitamin D for her osteoporosis on a weekly basis – not daily.

One aspect of the problem stems from language barriers, as her family emigrated from Vietnam back in 1975. Even though her per parents don’t have issues speaking and reading English, they are not as fluent as native speakers.

Not too long ago, her father asked a question that probably everyone struggling with Medicare drug coverage has asked at one point or another: “What’s the doughnut hole?”

Researchers have started calling this kind of knowledge “health literacy,” and it covers the ability to acquire and understand the basics that are needed to make the correct health decisions.

Can people read pamphlets and make a decision on how often they need to do a certain medical test or accurately read graphs that depict the normal weight range for their height? Can they determine if their insurance covers particular procedures?

A national survey done in 2003 reported that 53% of Americans have intermediate health literacy which means they can carry out “moderately challenging” activities, which include reading the dense text and manage unfamiliar arithmetic.

Only 12% of the population was determined to be “proficient,” which is the highest level of health literacy. A fifth has “basic” health literacy that may cause issues, with 14% scoring as “below basic.” Many factors can affect health literacy, and some of them include education level, race, poverty, etc.

This is probably because unlike younger generations, the current senior generation “were less likely to go beyond a high school education,” says Jennifer Wolff, a health services researcher at Johns Hopkins University.

On top of that, she pointed out that “as adults age, they’re more likely to experience cognitive impairment,” accompanied by hearing and vision loss, which can also have a negative effect on their comprehension.

An example of this is what happened to a retired 84-year old teacher. Her daughter, Deborah Johnson from Lansing, Mich said that during her whole life, her mother “was very detail-oriented” and capable.

However, in 2017, she was diagnosed with mild cognitive impairment and got a prescription for a medication that would alleviate the symptoms. The medication caused a scary reaction, as it caused personality changes, lethargy, dizziness, and incredibly high blood pressure.

Ms. Johnson suspects her mother might have overdosed. “She told me she thought, “This is going to fix me, and I’ll be O.K. So if I take more pills, I’ll be O.K. faster.”

Health literacy can be life-saving for seniors, since they’re affected by more complex medical issues that can consist of various chronic diseases, multiple medications, and different kinds of specialists. This means they have an increased number of information to read, tests that need scheduling, and difficult decisions to make.

While these difficulties are no joke, low health literacy can make them even more complex to grasp. Some studies have shown that people with low literacy have worse health and increased health costs. These people are also less likely to benefit from preventive tests and immunizations, and a higher number of them are prone to hospitalization.

This doesn’t mean that future groups of seniors’ higher degree of education will help. “The demands of interacting with the health care system are increasing,” Dr. Wolff said. “Ask any adult child of a parent who’s been hospitalized. The system has gotten increasingly complex.”

This means that patients are not to blame for every case of misunderstanding and chaos. The communication skills of the health system and professionals have been criticized by Rima Rudd, a well-established health literacy researcher at Harvard University.

“We give people findings and tell them about risk and expect people to make decisions based on those concepts, but we don’t explain them very well,” Rudd said. “Are our forms readable? Are the directions after surgery written coherently? If it’s written in jargon, with confusing words and numbers, you won’t get the gist of it and you won’t get important information.”

Not too long ago, Steven Rosen, aged 64, spent over two months at a Chicago hospital, after he was subjected to a number of surgeries. After a while, a social worker went into his room and told his wife that he would have to be moved to an L.T.A.C. the next day.

Now, we have to ask ourselves this question: Should we blame Ms. Rosen of health illiteracy, or should the social worker have been more clear on the fact that L.T.A.C.s (short for Long-Term Acute Care hospitals) are able to provide better care for seriously ill patients than nursing homes?

Once health care organizations have become aware of the issues patients have, they are now rushing to make their information easier to access and comprehend, which would help every patient better understand the puzzling environment that they have found themselves into.

They are doing this by hiring a large number of care coordinators and navigators, sometimes to an excess, and by changing the design and wording of their pamphlets and forms. They are also reaching out to medical students and teaching them how to be more precise and encourage patients to ask more about their situation and options.

Another thing they’re doing is adopting new technologies like secure websites, where patients and their family members can view test results and make inquiries.

Amy Chesser, a health communications researcher at Wichita State University said that “it’s not the silver bullet we hoped for,” as a considerable amount of patients are hesitant to use these provider websites. However, she did point out that there is potential.

For the time being, however, the primary form of health assistants for seniors are their adult children, which are usually their daughters and daughters-in-law.

“In the best of all worlds, she’d just be the daughter,” Dr. Chesser said. “But we need her to serve other roles — being an advocate, asking a lot of questions of the provider, asking where to go for information, talking about second opinions,” she added.

The present group of seniors over 70 years of age were raised in a patriarchal medical system and are therefore less likely to ask more questions. Dr. Wolf’s research has reported that even though most seniors are able to manage their health care on their own, a third of them choose to include their family or close friends, or entrust their health issues to their family or doctors.

Duyen Pham-Madden accomplishes her role hundreds of miles away, and she keeps spreadsheets filled with her parents’ medications, a number of questions for doctor’s appointments, and she sends photos to pharmacies whenever the pills that have been refilled are different from the last refill.

Even though she would be placed well in health literacy, she said that at some point, even she can get confused. Ms. Pham-Madden also had to look up what the Medicare doughnut hole is, and once she did it, a question popped up in her head: “How do they expect seniors to understand this?”