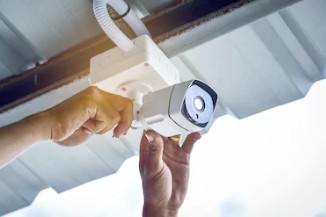 A bill dubbed the granny cam bill has received legislative approval and is awaiting the governor’s signature to become law.  The bill would allow nursing home residents to set up surveillance cameras in their room to ensure better protection of their safety.

The news will be uplifting for senior care advocates and Louisiana nursing home residents who were frightened by a recent letter from the governor informing them that they may be evicted from their care homes.  Ultimately, these residents were spared from budget cuts, but it remains an uncertain time for Louisianans.

Advocates are concerned about rising amounts of elder abuse, and they hope surveillance cameras in the rooms of nursing home residents will curtail elder abuse and hold the perpetrators accountable.

Now, nursing homes will be forced by law to allow their residents to set up cameras in their rooms.  However, there are some controls in place to make sure that the new system runs smoothly.  Residents who want a camera in their room will have to sign a privacy waiver along with any roommates.  Also, in the bill, the mental capacity to the consent of those nursing home residents is addressed.

The family members of nursing home residents will also feel better at ease as they can feel more secure that there loved one is being taken care of if they choose to install a camera.  A later version of the bill did remove criminal penalties for nursing homes who did not comply with the new bill.

The new legislation now awaits Governor Jon Bel Edwards signature for the bill to become law.  The governor was under fire from some corners of Louisiana politics for his role in what some consider scare tactics in the dissemination of the aforementioned warning of potential eviction to Louisiana nursing home residents.