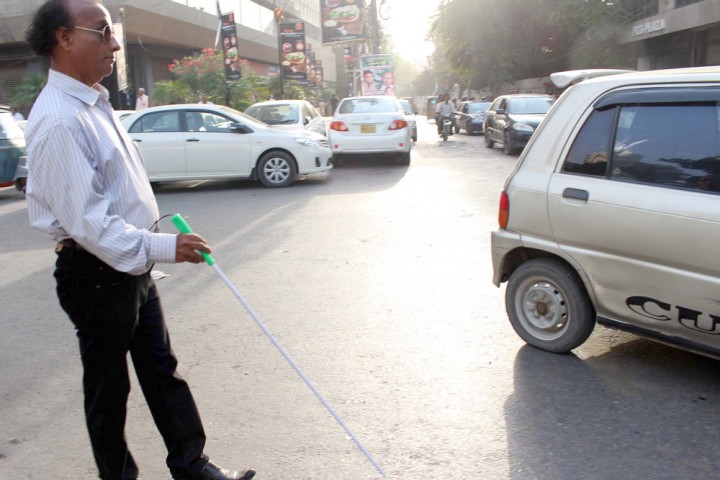 In a new study done by researchers from the University of Geneva, Switzerland and scientists from Pakistan and the U.S., they were able to identify pathogenic mutations in a new gene that results in abnormal eye development and blindness.

The findings, published in the journal Human Molecular Genetics, found that the new gene, MARK3, will help scientists to understand how the disease works, provide diagnostic services, and initiate efforts for a personalized treatment.

"In our attempts to uncover new recessive genetic disorders, we looked at families where there was consanguineous marriage and where both parents carried one copy the mutant gene and passed it on to the child," said Stylianos Antonarakis, a professor Emeritus in UNIGE's Faculty of Medicine in a statement.

Scientists studied 200 families in Pakistan, where more than 50% of marriages take place between close relatives, typically first cousins, which is arranged by their elders. Their research found that the disorder was present in children from consanguineous parents and hypothesized that it was a recessive genetic disorder.

"We started by sequencing the genomes of every member of a family that had three children with the genetic abnormality and two healthy children. The aim was to see which gene had mutations on two copies in the affected children, on one copy in the parents, and one or zero copies in the normal siblings," said Muhammad Ansar, a researcher in the Department of Genetic Medicine and Development at UNIGE in a statement.

With these new findings, scientists will be able to accurately diagnose the recessive disorder. They will also have the abilities to perform an inexpensive test on people in the same extended family to determine if they will pass on the mutant gene, so their elders can decide if they want to avoid marriage with the group of carriers with the gene.

"We can now concentrate on studying the mechanisms behind the disorder with the aim of finding a treatment," said Antonarakis.