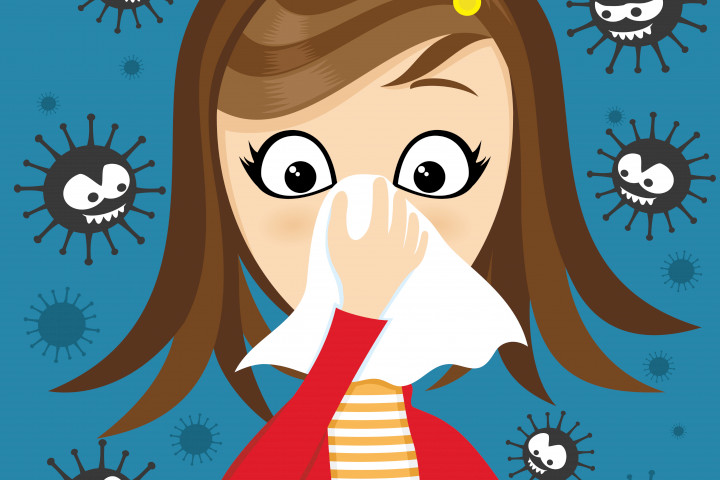 Researchers believe that the viral infection can be stopped by disabling a protein in host cells.

New research might help in battling the common cold.

According to a study published September 16, 2019, in the journal Nature Microbiology, researchers at Stanford University and the University of California in San Francisco discovered that if they temporarily disabled a single, noncritical protein in cells (methyltransferase SETD3) could stop viruses from duplicating, including the rhinovirus that causes most of the common colds.

When this protein was turned off in human and mice cells, the replication of viruses linked to encephalitis, polio, and asthma was stopped.

A human gene was targeted by microbiologists, which produces an essential protein to the function of numerous enteroviruses (including rhinoviruses)

How does host-directed therapy work

The virus itself is targeted by traditional antiviral drugs. But around 160 known types of human rhinoviruses exist. The authors of the study write that “the remarkable phenotypic diversity has prevented the development of a vaccine and effective antivirals.’’

HDT or host-directed therapy is a different antiviral approach, which targets host-cell proteins that viruses need to replicate and to cause infection.

“Investigators have done something very clever in this study,’’ says William Schaffner, MD, an infectious disease specialist and a professor of preventative medicine and health policy at the Vanderbilt University School of Medicine in Nashville, Tennessee, who didn’t participate in the study. “By pretending that the key trying to get into the lock is the cold virus (referring to the host cell), researchers have switched off a protein on the cell, so the cells cannot be infected by the virus.’’

“Our grandmothers have been asking us, "if you’re smart enough why don’t you come up with a solution for the common cold?" said the study’s senior author, Jan Carette, Ph.D., an associate professor of microbiology and immunology at Stanford, in a press release. “Now we have developed new weapons against it.’’

Dr. Schaffner believes that even though it is a preliminary study, it is a very promising development. “Every single step counts when long journeys begin,’’ he says.

“We are optimistic now more than ever that we are able to develop a drug with broad antiviral activity to prevent not only the common cold, but also other enteroviruses, without disturbing the regular function of SETD3 in our cells,’’ said Dr. Carette.

“Great interest exists that possibilities will open up in the next stages of research, and that this trial may work in people.’’