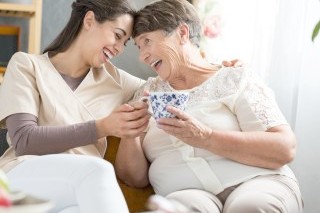 Researchers are saying that coffee might contain some compounds that help in plaque buildup prevention, but they also state that they need some more research on the matter.

It is a well-known fact that Americans love drinking coffee, since 6 out of 10 Americans have a cup of coffee per day, and the more regular coffee enthusiasts have 2.7 cups of coffee on a daily basis.

This will be a good and encouraging news for those of us, since coffee intake might have a neuroprotective effect, resulting in a decreased risk of Alzheimer’s and Parkinson’s. This has been brought to light due to a recent study conducted by researchers at the University of Toronto, in collaboration with the Krembil Research Institute in Canada.

The compounds they were looking at were amyloid-beta and amyloid-tau, which are amino acids that are found in high concentrations in people that have been diagnosed with Alzheimer’s disease, including alpha-synuclein, a protein that has been connected to the development of Parkinson’s disease.

Even though all three coffee extracts had a beneficial effect, the kind of coffee that had the best effect against plaque formation was the darkly roasted coffee extract.

Maybe one of the most important results from this study was that caffeine presence doesn’t seem to have any effect on the ability if coffee to inhibit amyloid plaque formation.

The previous studies that were looking at the effect that coffee had on the development of Alzheimer’s and other dementia-related illnesses singled out caffeine, and they include a study from the University of Florida in 2012, which found higher concentration of caffeine in the blood of subjects that didn’t have dementia, when compared to subjects that did.

The newest study makes a suggestion that phenyliandane compounds, which are created during the coffee bean roasting process might have something to do with it. This might lead to a potential treatment or prevention for Alzheimer’s or Parkinson’s in the near future.

This is a good news, especially because they are natural and therefore, don’t need to be man-made, according to Dr. Donald Weaver, a chemistry professor at the University of Toronto and a co-author of the study.

He added, “Mother Nature is a much better chemist than we are and Mother Nature is able to make these compounds, if you have a complicated compound, it’s nicer to grow it in a crop, harvest the crop, grind the crop out and extract it [rather] than try to make it.”

Should we increase coffee consumption?

Is there proof that drinking more coffee might decrease the risk of Alzheimer’s or Parkinson’s? Scientists are having a difficulty to say this with a certainty.

Keith Fargo, Ph.D., director of scientific programs and outreach at the Alzheimer’s Association, had this to say: “This is research in a dish, this is not a clinical trial of coffee. From the standpoint of the public, I want to make sure people don’t take away the thought ‘I should be drinking more coffee or darker coffee.’”

Weaver agrees by adding, “What this study does is take the epidemiological evidence and try to refine it and to demonstrate that there are indeed components within coffee that are beneficial to ward off cognitive decline, it’s interesting but are we suggesting that coffee is a cure? Absolutely not.”

The reality of the situation is, because there aren’t a lot of random, controlled clinical trials, the “gold standard” of research has not been met, at least as far as the effects of coffee on dementia and Parkinson’s are concerned. This study is just a drop in the ocean.

A general approach to brain health

Fargo suggests, “We think that what’s really developing in the scientific literature is this idea that a heart-healthy diet is also going to be a brain-healthy diet.” He elaborated by pointing out to the Alzheimer’s Association’s “10 Ways to Love Your Brain,” which is a collection of healthy suggestions on how to lead a brain-healthy lifestyle – based on research.

Some of these include exercising, keeping an active mind with games, staying clear of smoking, and keeping social interactions. He ends by saying, “Where we stand is less about any particular nutrient or chemical component in food and more about making wise eating choices in keeping yourself healthy as you age.”