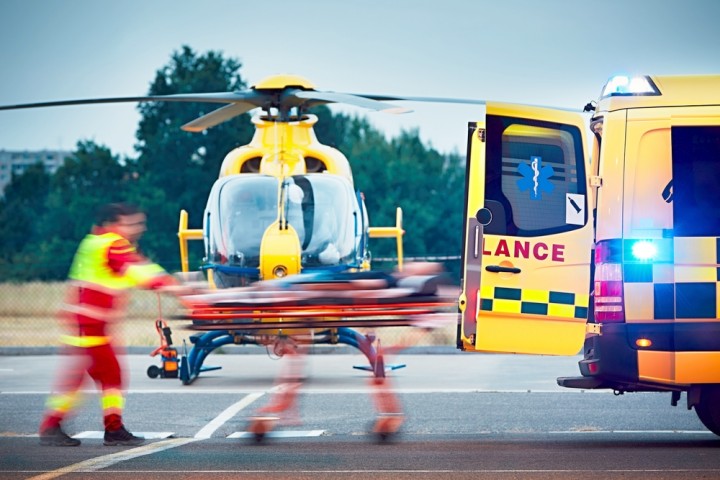 Home / News / Can Your Insurance Cover an Air Ambulance?

A radiologist and father, Naveed Khan, was recently hit with a $56,600 bill for an emergency 108-mile flight when he needed immediate surgery after becoming injured. Time was in short supply because oxygen was cut off to his arm and the helicopter flight meant that he could get into emergency surgery faster. The helicopter trip seemed like the right choice at the time, but the resulting bill still raises a lot of concerns.

According to NPR, his insurance was only able to cover slightly less than $12,000, leaving the radiologist to deal with the rest. That amount was closer to the real amount of the flight ($10,200) but far from the $56,600 that Naveed was being charged. So, why was there so much of a difference in the price, and why was his insurance unable to cover it like they did with his surgeries and medical care? A lot of it comes down to the fact that medical helicopter flights are not regulated as if they are health care, but rather as a part of the aviation industry. For a long time, federal aviation laws have blocked states from reeling in the prices that these air ambulance services charge.

If you are likely to need a medevac at some point, check with your insurance to see which air ambulance companies are covered. You may also be able to get a membership plan with your local air ambulance company. If you will be relocating or moving to an assisted living community at some point, you may want to consider its proximity to a hospital that can offer full emergency services so that an air ambulance ride is unlikely to become necessary. These are some things that you can do that may help in the event that you end up having a medical event that would require a medevac ride, although none of these solutions are a guaranteed promise of an affordable flight. When an emergency occurs, there is no promise that your chosen company will be the one that can provide a helicopter the fastest or that arriving by a regular ambulance would be in your best interests medically.