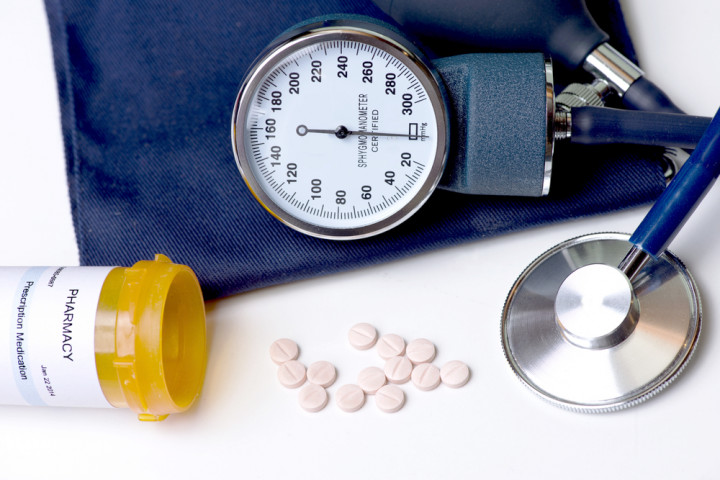 FRIDAY, October 25, 2019 (HealthDay News) - Millions of Americans are taking an ACE inhibitor to lower their high blood pressure. In fact, these drugs are the most commonly used antihypertensive drugs in America.

However, a new international study of nearly 5 million patients doubt that the drugs are as effective as another class of blood pressure medicines.

Common ACE inhibitors are drugs like captopril, lisinopril, fosinopril, benazepril, enalapril, and others.

How often are hypertension drugs being prescribed?

A new study is designed to "assist physicians in their clinical decision-making" said study author Dr. George Hripcsak. He’s chair of biomedical informatics at the College of Physicians and Surgeons at Columbia University in New York City.

To find out how often these drugs are being prescribed, Hripcsak’s team tracked data on nearly 5 million patients across four countries – Japan, U.S.A, South Korea and Germany.

All patients started the treatment of hypertension with a single drug.

АCE inhibitors were the first drug prescribed in nearly half (48%) of the cases, compared with 17% of patients who were first prescribed a thiazide diuretics.

However, the study suggests that ACE inhibitors may not always be the best choice.

Patients on thiazide diuretics had 15% fewer strokes, heart attacks and hospitalizations for heart failure and a lower rate of 19 side effects than patients who were prescribed ACE inhibitors.

The Columbia team calculated that around 3,100 main cardiovascular events could have been prevented in patients taking ACE inhibitors for the first time if they had been treated with a thiazide diuretic for the first time.

They reported about their findings on October 24 in The Lancet Journal.

At the moment, there is a lack of research that will help doctors choose the class of drug a patient should start with, says Hripcsak.

He noted that the current literature included data from randomized, controlled clinical trials involving a total of only 31,000 patients and none of these patients has just started to treat hypertension.

"Randomized clinical trials demonstrate the efficacy and safety of a drug in a highly defined patient population," Hripcsak said in a press release. "But they are not good at making comparisons between multiple drug classes in a different group of patients that one might bump into in the real world."

Hripcsak believes that with the new study, "we have found out how to fill in the gaps created by randomized, controlled trials.

Two cardiologists who weren’t involved in the new study reported different stances on the results, which basically means the debate on this topic is not yet done.

Dr. Satjit Bhusri said that the study “is very powerful statistically and can change medical practice profoundly. But he added that decisions about which antihypertensive drug to choose should still be made on individual basis.

"I would suggest choosing first-choice blood pressure therapy, especially for patients with heart disease or an increased risk of heart disease." Said Bhusri. However, “in patients treated for hypertension with no increased cardiac risk, treatment with thiazide should be the first choice," he said.

The cardiologist Dr. Benjamin Hirsh questioned the methodology of the Columbia study.

The conclusion of the researchers that the use of thiazide diuretics over ACE inhibitors causes "15% less cardiovascular effects is highly biased,’’ he noted.

"ACE inhibitors are used in the treatment of people who are at higher cardiovascular risk, like patients with kidney disease and advanced heart failure," Hirsh said. "Therefore, these patients generally have a higher risk of heart disease."

According to Hirsh, patients with ACE inhibitors appear to be worse off than patients on thiazide diuretics, because they were initially ill.

And he also said that "thiazide diuretics must be used with other drugs with care". For example medications for diabetes like Jardiance are included, because too-low blood pressure might be triggered by the use of a thiazide diuretic, Hirsh explained.