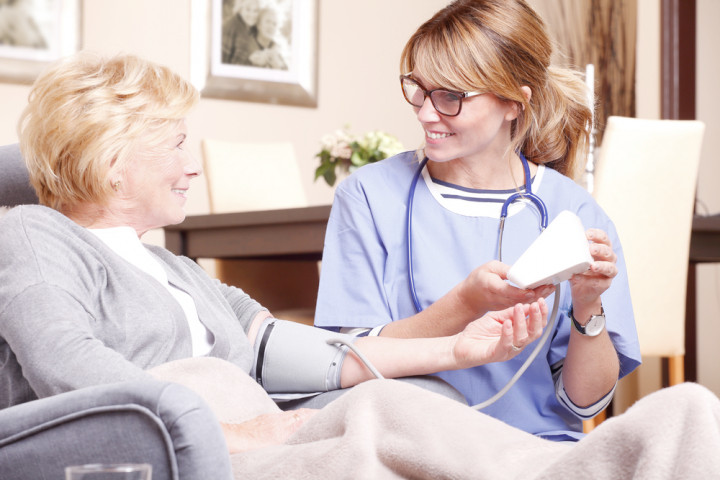 With seniors getting older and their bodies weakening as a result, assisted living facilities and the likes have started opting in for call in doctors and nurses instead of the regular call to the 911.

A 73-year-old patient moved in an assisted living facility in Raleigh, N.C., in 2003 wasn’t young by any means, but was still younger than most, so her daughter thought her mother would be safe in this environment. Much as to their surprise, the patient started falling so often that “she was ending up in the emergency room almost every month,” said Dr. Shohreh Taavoni. At that time, Dr. Taavoni was an internist at the hospital, and he eventually became her primary care physician.

“She didn’t know why she was falling. She didn’t feel dizzy — she’d just find herself on the floor.” The thing that gave her daughter peace of mind was that at the facility, there would at least be someone that would be there to help her when she falls.

Unfortunately, the falling continued well into her three months in the assisted living facility, and the facility administrators kept sticking to the usual policy when things like this happen, which is – calling an ambulance to take the resident in question to the E.R.

At the emergency room, “they would do a CT scan and some blood work,” Dr. Taavoni said. “Everything was O.K., so they’d send her back,” he added.

This kind of practice is commonly done in almost all of the approximately 30,000 assisted living facilities around the country, including smaller homes owned by families and campuses that are owned by national chains of such facilities.

This has proven to be an expensive practice of dealing with problems that could easily be done within the facilities themselves, provided their health care professionals are readily available to do a better assessment to their residents’ health and provide them with the required treatment.

However, a large majority of the assisted living facilities often have no doctors present on site or on call, and about half of them have nurses on staff or on call. Therefore, a big percentage of the symptoms require a trip to the doctor or an ambulance call that will most likely be followed by a stay at the hospital.

However, almost twenty years since the sudden increase of assisted living facilities, with over 800,000 people housed within them, this practice might be slowly coming to an end.

In the beginning, companies that dealt with assisted living had plans to provide relatively healthy seniors with meals, social activities, and assistance with home maintenance and housekeeping.

However, the people that moved in the assisted living facilities were older and in worse condition than was expected. According to data published by the government, assisted living residents are over the age of 85. Approximately two-thirds of those are in need of assistance with bathing, half of them need help with dressing, and 20% can’t eat on their own.

Much like most senior Americans, the assisted living residents struggle with chronic illnesses and are on various medications, with 80% of them needing help with taking them on time and with refills.

Additionally, “these places became the primary residential setting for people with dementia,” said Sheryl Zimmerman, an expert on assisted living at the University of North Carolina at Chapel Hill.

Furthermore, according to Sheryl Zimmerman’s studies, approximately 70% of these residents are experiencing some type of mental decline. Therefore, it goes without question that they are not able to make arrangements for medical appointments and tests, let alone traveling to various places and labs, even when transport is provided by these facilities.

Christopher Laxton, executive director of AMDA, which represents health care professionals in nursing homes and assisted living said that “the assisted living industry has to recognize that the model of residents going out to see their own doctors hasn’t worked for a long time.”

His editorial that was published in McKnight’s Senior Living, got the headline: “It’s time we integrate medical care into assisted living.” In order to reach that goal. AMDA has started the development of model agreements.

“There has to be more attention to medical and mental health care in assisted living,” Dr. Zimmerman agreed. “Does everyone who falls really need to go to an emergency department?”

Lindsay Shwartz, an executive at the National Center for Assisted Living, said that “assisted living has certainly expanded its role in providing medical care over the years by adding nursing staff and partnering with other health care providers, among other ways.”

However, this might not come easy, since changing operators’ minds in terms of providing medical care will prove to be a difficult task. A reason for this might be that they are marketing their facilities as an alternative to nursing homes, and adding medical care within their communities goes against that marketing.

“They don’t want the liability,” said Dr. Alan Kronhaus, an internist who started a practice called Doctors Making Housecalls in 2002 with Dr. Taavoni, his spouse.

Dr. Kronhaus also added that assisted living facilities “live in mortal fear of bringing down heavy-handed federal regulation,” which can happen in the case if Medicare and Medicaid start getting involved.

Doctors Making Housecalls offers a way how these facilities can go about offering medical care to their residents. This practice has 120 that it can dispatch. Out of these, 60 are doctors, and the others include nurse-practitioners, physician assistants and social workers, and they can be sent to around 400 assisted living facilities in North Carolina.

While working together with the local emergency medical service, in the study he published in 2017, he reported that Doctors Making Housecalls has the potential to reduce emergency room transfers for up to two-thirds.

Another approach to providing medical care is the case of the Lott Assisted Living Residence in Manhattan – which has one geriatrician, Dr. Alex Prunchinki, and he provides medical care for the majority of the 127 residents in this facility.

When they start feeling ill, the resident or a member of their family can simply go to Dr. Prunchinki’s basement office and knock on his door. Dr. Prunchinki said that “sometimes it’s just a cold — chicken soup.” He further added, “This winter we had a few cases of flu and pneumonia, things you need to treat.”

Mount Sinai Hospital, which is close by, employs his services from time to time, providing emergency services when required, but this doesn’t happen often. During medical conferences held in 2005, Dr. Prunchinki reported that he managed to decrease hospitalizations by a third. “I can’t be in the only place in the country where this would work,” Dr. Prunchinki said.

The thing about emergency rooms and hospitals is that they sometimes can have a bad effect on residents, even if their medical emergency can be treated. During their stay there, they can get infected or get delirious, in addition to losing their strength while being lying all the time.

Maybe these are the reasons why assisted living stays tend to be short-lived. While residents’ children consider these facilities as their parents’ final homes, on average, they stay only 27 months before moving into nursing homes.

However, the proposers of the idea of adding doctors to assisted living facilities also recognize that this might have negative effects as well. One of them, for example, is raising the costs of assisted living, which are already high enough.

What is clear is that something has to change. “There can be health care in assisted living without making it feel like a nursing home,” Dr. Zimmerman said.

Residents’ family members often tell stories of how afraid and confused their loved ones felt when they went to emergency rooms without anyone accompanying them, making it difficult for them to say what the problem is. Dr. Kronhaus remembered one such occurrence, when a dementia patient was brought to the emergency room with an ambulance, and, after being discharged, sent home by taxi. Unfortunately, the address she gave to the driver was her previous home, and luckily, once the neighbors saw her, they immediately called the police.

As for the woman from North Carolina, things are looking well. Dr. Taavoni found out that the cause for her constant falling were her hypertension medications which were causing low blood pressure and the subsequent falls. After the dosage was reduced and the diuretic was discontinued, Dr. Taavoni suggested removing the anti-anxiety drug, and substituting it with a low dose of an antidepressant.

After this was done, the patient stopped falling and her visits to the E.R. stopped. Doctors Making Housecalls are still providing care for her and most of the neighbors in her assisted living facility.