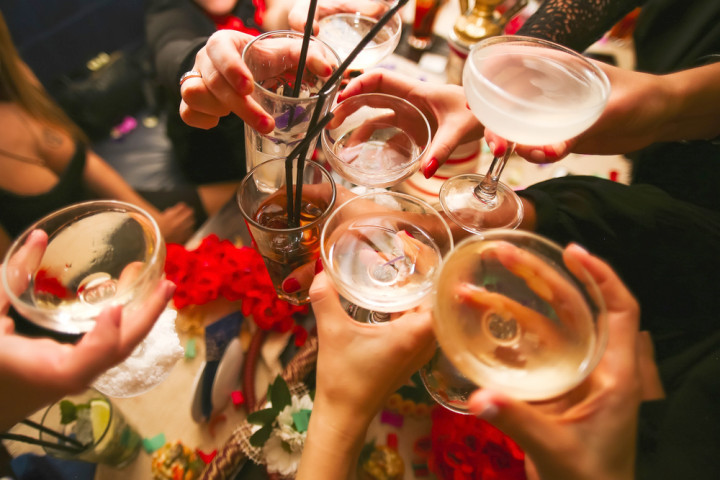 While some earlier research suggests that moderate alcohol consumption could have a beneficial effect against stroke, a new Chinese population study has emerged, and it contradicts these results.

It is well-known that drinking alcohol affects our health in different ways, researchers continue to debate on the frequency and amount of alcohol drinking, and the positive and negative effects this has on our health.

Some studies, like the one published in the journal BMC Medicine in 2016 have speculated that moderate consumption of alcohol might have a beneficial effect on strokes.

On the other hand, some researchers have disputed these claims and went about doing their own research on this topic.

A new study was conducted in collaboration between research teams from Oxford University, in the United Kingdom, and Peking University, the Chinese Academy of Medical Sciences, and the Peking Union Medical College, in Beijing, China, and their results suggest that not only does moderate alcohol consumption has no positive effect on cardiovascular diseases – it might even increase such risks.

The results of this collaborative study were published in the journal The Lancet, and were derived from analyzing data from over 500,000 people residing in China.

Why were East Asians chosen for this study?

This study targeted the Chinese population because of their reaction to alcohol, otherwise known as “Asian flushing syndrome,” which is characterized by a reddish color on their face, accompanied by a certain glow when they drink alcohol.

Researchers of the study explained this phenomenon, and said that it happens because when people that are affected by this syndrome consume alcohol, their specific genetic composition makes it difficult for their bodies to properly break down certain alcohol components, which leads to said flushing and glow.

"The major clearance pathway for blood alcohol is that an alcohol dehydrogenase [...] oxidizes it to acetaldehyde, which causes discomfort at sufficient concentrations," researchers said.

They went on explaining that, “An aldehyde dehydrogenase [...] then detoxifies the acetaldehyde, oxidizing it to acetate, which does not cause discomfort. Fast clearance of alcohol or, particularly, slow breakdown of acetaldehyde can cause individuals to limit alcohol intake."

Opposed to this, people of European and African ancestry’s bodies have an easier time breaking down acetaldehyde "quickly enough to maintain tolerably low concentrations in drinkers." For people with East Asian descent, this is not possible due to the presence of a variant of the ALDH2 gene named rs671, which prevents this.

There is also another variant of the ADH1B gene, called rs 1229984, and since this variance is also found commonly in people of East Asian descent, it also increases their alcohol tolerance, as it boosts their blood alcohol clearance rates.

For the duration of this study, researchers analyzed data gathered from 512,715 Chinese adult individuals that were enrolled in the China Kadoorie Biobank initiative, and the first thing they did was to find out if the rs671 or rs1229984 genetic variants were present in these people.

Another useful aspect of the China Kadoorie Biobank project participation is that people involved also gave information for their drinking habits, in addition to providing health data during the follow-up period of 10 years.

With the help of this data, the researchers involved in this study tried to find the connection between alcohol consumption and stroke risk.

"Using genetics is a novel way to assess the health effects of alcohol and to sort out whether moderate drinking really is protective or whether it's slightly harmful," said senior epidemiologist and lecturer Iona Millwood, a co-leader the study. "Our genetic analyses have helped us understand the cause and effect relationships," she added.

Moderate alcohol consumption has no protective effect against stroke

In the study paper, researchers wrote, "In our population, men drink more than 20 times as much as women, so these two [genetic] variants have large absolute effects on alcohol intake only among men."

As far as women were concerned, only 2% of participants reported drinking alcohol on a weekly basis, and even when they did, they drank less than men did. Therefore, women were considered to be a viable control group for the purpose of this study.

When researchers took a look at the male data, they discovered that those which had both of the genetic variants, and a smaller alcohol consumption, had a smaller risk of high blood pressure and stroke.

After researcher compared the data, they reached the conclusion that even moderate alcohol consumption can lead to increased risk of ischemic stroke by up to 35% for every four alcoholic drinks per day, or 280 milliliters of alcohol per week.

"Even moderate alcohol consumption increases the chances of having a stroke," he added.

Prof. Chen also noted, "The findings for heart attack were less clear-cut, so we plan to collect more evidence."

However, researchers admit they weren’t able to reproduce this study with participants of European descent, simply because this type of population doesn’t have these two genetic variants. With that being said, they stand firm on their opinion that the results of the study apply to all kinds of populations.

"Stroke is a major cause of death and disability," notes Prof. Liming Li, a co-senior author, further adding: "This large, collaborative study has shown that stroke rates are increased by alcohol. This should help inform personal choices and public health strategies."