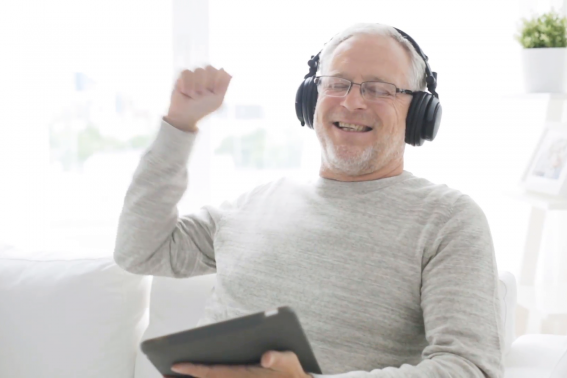 The Leonard Florence Center for Living in Chelsea, Massachusetts has made independent living easier for residents with ALS (Lou Gehrig's disease). The residents in their care are living longer and more fulfilling lives than anyone thought was possible.

One of the residents, Steve Saling, was a huge part of turning the nursing home into one in which people with the condition could live and thrive. He entered the Leonard Florence Center for Living as an ALS patient with only four years to live according to physicians. He has now been at the facility for 12 years.

In an interview with WBUR, Barry Burman, the person in charge of the Massachusetts nursing home, said that "Steve single-handedly designed a household where he would live the rest of his life and have all the technology and the care that he would need so he could lead an independent life."

He worked with computers, Wi-Fi, and basic equipment to create an environment in which the computers could help residents to stay independent in multiple ways. A home-automation software company helped with the process of adapting the technology to the needs of the residents.

The residents are able to control the elevator, lights, window shades, television, personal electrical devices, room temperature, and more through small movements or computer commands. There is even a remote-controlled bidet.

It is not just Steve Saling who has amazed doctors while residing in the facility. With the help of the technology he has been a key part of setting up, other residents are also living longer than their physicians have predicted.

Of course, there is more to the nursing home than just technology. There is excellent nursing care provided that considers the dignity, health, and unique needs of the residents. The combination of the human touch as well the use of technology has made this nursing a home a model that others should follow.