Sorry, we didn't find any results for your search. Please try another term.

With her 770-mile long coastline, fertile valleys, deserts, Redwood forests, and the Grand Sierra Nevada Mountains, California is a true geographic jewel. California has an ideal climate, due to its dryness and the fact that most of the days in a year are sunny. It also has over 7400 options for seniors, as well as thousands of assisted living facilities, which begs the question of which one of these is the right one for you? Here, at Assisted Living Facilities, we have created a web database which contains lots of options that range from active lifestyle communities to Hospice and Alzheimer’s care facilities. The reviews that you can find on our page come right from the residents that have already experienced what’s the life like in these communities.

Assisted living for the State of California is defined in a specific way (like most of the other states), i.e., according to the Assisted Living Waiver program, assisted living is defined based on well-defined standards and guidelines which are set by the National Living and are as follows:

However, California’s ideal weather and scenery do not come cheap. With its high state and local taxes at 10.5% (according to the Tax Foundation), as well as the high housing costs, the Golden State is well known for being the second most expensive place in the country to live in. However, the median family income ($58,931) for this state places it high among the other states. Social Security, VA, and railroad benefits are not being taxed, however, all state, local, private and federal pensions are taxed in full. The property taxes are being assessed on 100% of the homes’ cash value but there is no inheritance tax.

Similar to most of the country, the housing prices in California have seen a drop in their price over the past few years. One example is the median price of sold homes in San Diego which were recently priced at $370,000 versus the price tag of $500,000 three years ago. Santa Clara’s home prices have also suffered a drop in their value but the median holds steady at $500,000. For Sacramento, the median price has dropped to $155,000. A recent study made by 24/7wallst.com listed California as the 49th state with the worst economic performance in the whole country due to its 12.4% unemployment rate, 28% drop in home prices (from 2006 to 2009), and the government’s huge debt. All of this categorizes the overall economy in California as ‘unhealthy’. For seniors that want to move to this state, the good thing about this is the much lower cost of housing – or realistic pricing. The cities with the hottest climate are Los Angeles, San Francisco, Fresno, and Sacramento.

The Cost Of Senior Living In California

If you’ve ever been in Rome or Barcelona, you might have noticed that their climate is very much similar to that of most of California, making it ideal for seniors. Through most of the states, the weather is quite pleasant, except for desert cities like Palm Springs, where the weather can get really hot and unpleasant during the summer. North of California, there is a temperate climate with cooler summers and a bit of snow during the winter. East, far into the mountains, you can encounter a climate similar to areas with higher elevation, which features warm and dry summers, with lots of snowfall during the winter.

On average, the assisted living costs in California for 2017 are $4,050 per month. However, depending on which geographic region of California you’re in, the average assisted living cost on monthly average ranges from $1,000 up to $10,700. The most expensive areas of the state, Marin Country, which encompasses the San Francisco area, San Mateo, San Luis Obispo, Santa Cruz, and Napa, the average monthly costs range from $4,850 up to $6,000, while the least expensive assisted living that can be found further inland, in the cities of Madera, Merced, Stockton and Modesto that have an average monthly cost range of $2,750 up to $2,975. If you’re in need of Alzheimer’s residential care, also known as Memory Care, the costs may rise by as much as $1,150 per month.

It doesn’t really matter whether you know or not how you want to spend your retirement. Chances are high that California can accommodate your needs and wants. Starting from San Diego all the way up to Eureka, California has much to offer. Whether you want to go hiking, skiing, biking, gambling, golfing (California has approximately 1140 golf courses), or if you’re just interested in the arts, birding, entertainment, sailing or chilling on the beach - California can accommodate all of that, and much more.

You might want to continue your education? Worry not! California has 23 state schools and 110 community colleges that you can choose from. If by any chance, professional sports is your thing, California has 23 professional teams all over the state. John Muir, a known naturalist found California to be captivating and, during a conversation regarding California’s parks, he said that "No temple made with hands can compare with Yosemite...The grandest of all special temples of Nature.”

Now that we covered the more significant parts of California, comes the question of where in California you might want to retire in. If you’re having a hard time deciding, we have prepared a list of cities for you to pick and choose from and in it, you can find retiring communities that suit your needs. If you’re still not sure, you can do a search using our search button on the top of the page for the type of community you would like to live in. Alternatively, feel free to fill out our information form and someone from our staff will get back to you. Assisted Living Facilities exists to make searching and finding the right senior living communities as easy as possible.

Do keep in mind that independent living is a term which is being used frequently, however, this type of senior care may be referred to with different terms across the various states of U.S., and even within the same state. The terms which you may encounter are California congregate living, California senior apartments, or California Retirement Communities. All these terms bear the same meaning which is: a type of senior living community that offers amenities like recreation and social activities, featuring a basic level of health and support services. Most of these communities have staff that takes care of maintenance and yard work, which, in turn allows the senior residents to turn their focus on the activities that they are interested in.

In case you’re in need of special assistance with senior care, a great place to find one at is at the California Department of Aging. 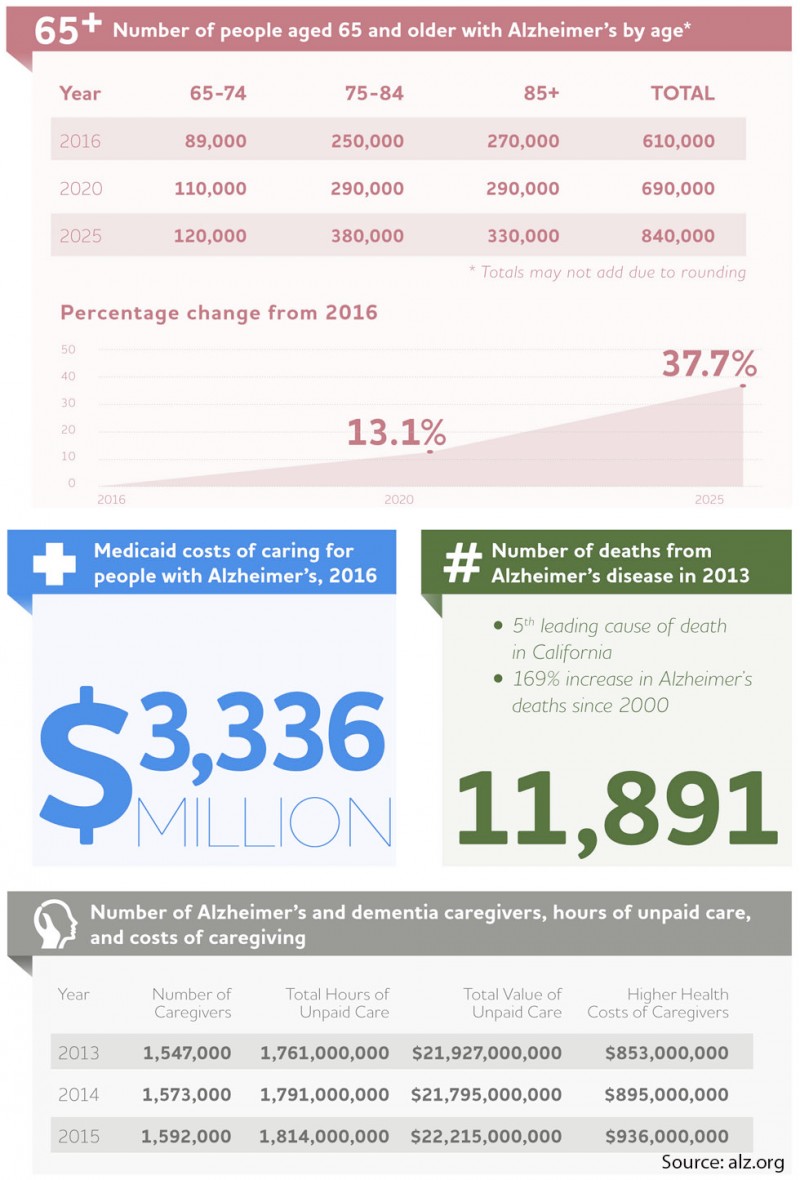 Assisted-living-facilities.net will help you to find the best quality Assisted Living facilities in California. You can also find skilled nursing, memory care facilities, retirement communities and assisted living regulations in California. Here you can compare ratings and check prices and costs for assisted living. Read reviews and more, with the best directory for Assisted Living Facilities.

The state of California has 8793 assisted living facilities.

If you're searching for information about assisted living communities in California, you need to look no further!

Assisted-living-facilities.net will provide you with the most comprehensive information about the number of 8793 assisted living facilities for seniors that are currently available in California.

The most popular assisted living services in California are:

What you can search and find at Assisted-living-facilities.net?

You can use the site in these ways to search and find the assisted living facility or community that is the right one for your needs, and allows you or to your loved one, to live close to friends and family and to enjoy fully. Getting all the support of the amenities that California has to offer.

Cost for Assisted Living in California